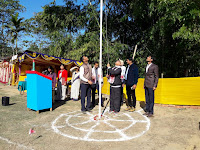 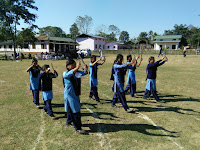 The opening ceremony included some cultural items by the small kids. Apart from those there were Legim dance, Band display, March past competition among the four houses, Oath taking ceremony, and Marshal burning, The Annual Sports week was opened by football kick, Javelin throw and Disc throw by the chief Guest and the others two invited guests respectively. 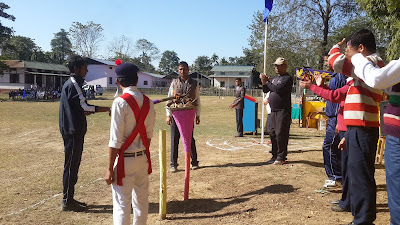 at January 04, 2017
Email ThisBlogThis!Share to TwitterShare to FacebookShare to Pinterest